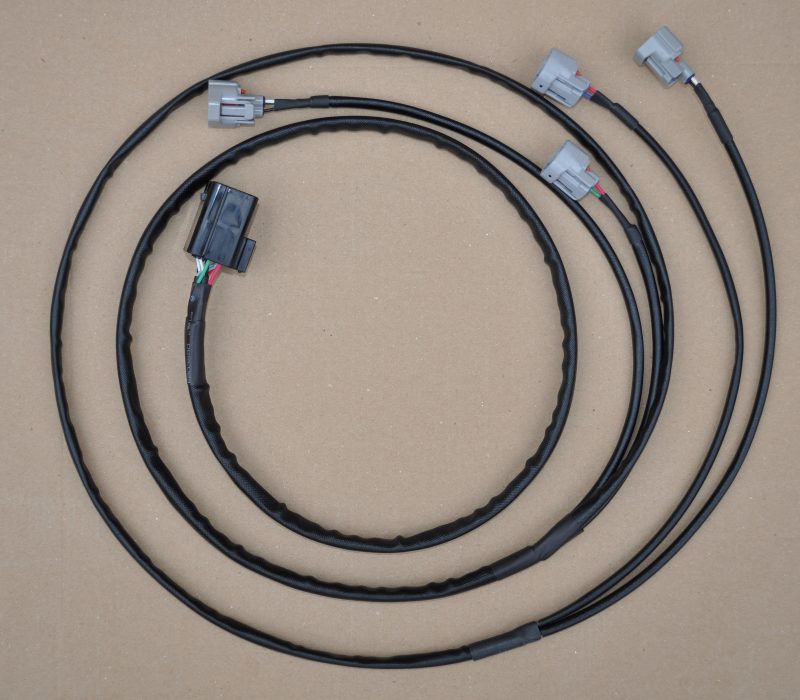 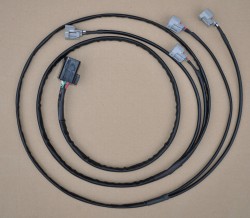 A two part cable assembly (engine side, and ECU side) that allows AVCS/VVT cylinder heads to be retro-fitted to Subaru vehicles that do not have AVCS wiring as standard.

There are several versions of the loom:

– A generic version for ECUs such as Syvecs. This has wire tails and needs to be manually wired to the ECU.

– A variant for 2001-on WRX models. The ECU connectors on this model do not have the wires or terminals in the OEM loom, so this version comes pre-fitted with terminals on the loom that may then be inserted into the OEM ECU connectors. This needs the matching STi ECU (or an aftermarket ECU such as Link or Syvecs).

There are also two sub-versions depending on the type of cam sensor – 2 pin or 3 pin, with the latter generally only used for 2006 “hawkeye” and onwards vehicles, but please check before ordering if you’re not sure.